Waqf literally waqf means to stop, contain, or to preserve. In Islamic terms, a Waqf is a voluntary, permanent, irrevocable dedication of a portion of one’s wealth – in cash or kind – to Allah. Once a waqf, it never gets gifted, inherited, or sold. It belongs to Allah and always remains intact. The fruits of the waqf may be utilised for benefits to society. 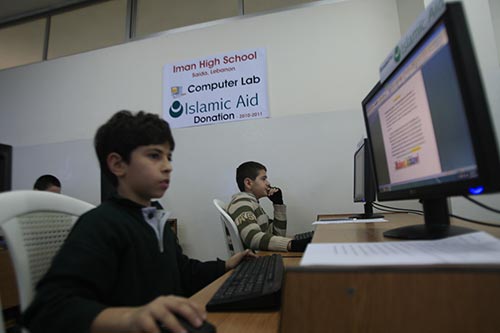 Waqf fund is an amount donated with the intention of committing a philanthropic deed in perpetuity.

A person can’t own a waqf donation and it isn’t something that can be sold. The benefits of this donation continue through generations.

“When a person dies, their acts come to an end, but three, recurring charity, knowledge (by which people) benefit, or a pious child who prays for them.” – Prophet Muhammad (SAW)

Assets can be donated as Waqf or any amount may be donated to builds mosques, schools, clinics, and other socio-religious assets which keep helping the community. A Waqf may be made by any sane adult male or female and with any amount – not only by the rich and famous but one and all – irrespective of social or economic background – according to means.

Economic Assets: These are usually fixed assets that generate income and include but are not limited to rentable shops, houses, farms, shares in companies or businesses, etc. 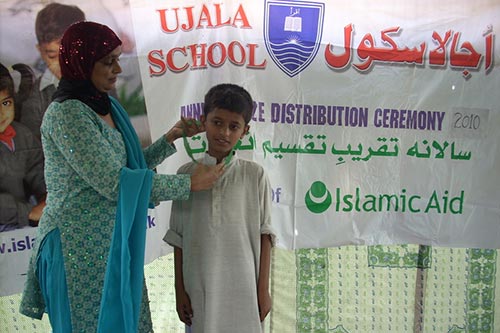 Social Assets: These are also fixed or capital assets and include but are not limited to educational institutes, mosques, healthcare institutes, libraries, community centers, etc.

Difference between Waqf, Zakat and Sadaqah

Waqf are permanent endowments such as buildings, land, and other assets that can be used continuously for charitable or religious purposes.

Zakat is a mandatory portion of your savings that has to be given in accordance with the teachings of the Quran and Sunnah of the Prophet (SAW), setting up a Waqf is not mandatory.

Sadaqah is considered general charity and giving to Islamic Aid can be considered a specific form of ‘Sadaqah’.

WAQF is a sustainable, ongoing charitable endowment (such as Sadaqah Jariyah). In other words, it is widely used throughout Islamic history to develop and support communities.

Who is a Waqif?

Yes, Waqf is permanent. The donor (or heirs) cannot revoke the endowment if it has already been declared a Waqf, to ensure that the Waqf is created solely for charity purposes and that it will keep on benefiting the society.

Can Waqf assets be sold?

No, Waqf assets cannot be sold, mortgaged, gifted, or inherited.

How can I donate a Waqf Fund?

You can donate your Waqf Fund to Islamic Aid by clicking here or using any of the online donation options on the Islamic Aid website.

This website uses cookies to improve your experience while you navigate through the website. Out of these, the cookies that are categorized as necessary are stored on your browser as they are essential for the working of basic functionalities of the website. We also use third-party cookies that help us analyze and understand how you use this website. These cookies will be stored in your browser only with your consent. You also have the option to opt-out of these cookies. But opting out of some of these cookies may affect your browsing experience.
Necessary Always Enabled
Necessary cookies are absolutely essential for the website to function properly. These cookies ensure basic functionalities and security features of the website, anonymously.
Functional
Functional cookies help to perform certain functionalities like sharing the content of the website on social media platforms, collect feedbacks, and other third-party features.
Performance
Performance cookies are used to understand and analyze the key performance indexes of the website which helps in delivering a better user experience for the visitors.
Analytics
Analytical cookies are used to understand how visitors interact with the website. These cookies help provide information on metrics the number of visitors, bounce rate, traffic source, etc.
Advertisement
Advertisement cookies are used to provide visitors with relevant ads and marketing campaigns. These cookies track visitors across websites and collect information to provide customized ads.
Others
Other uncategorized cookies are those that are being analyzed and have not been classified into a category as yet.
SAVE & ACCEPT
Go to Top