THE FLOODS IN PAKISTAN: WHAT WE NEED TO KNOW

The country has been hit by severe flooding, killing more than 1,200 people, including 400 children.

With your help, we can save even more lives. 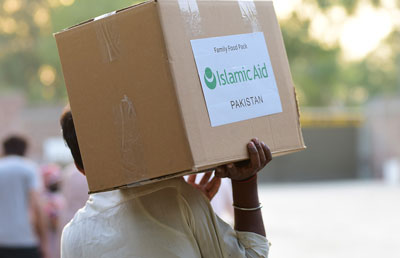 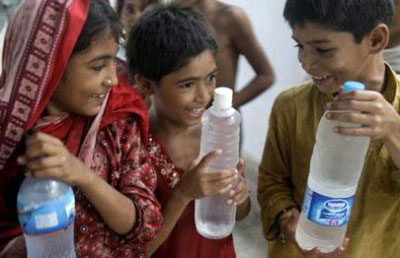 Drinking Water for a Village 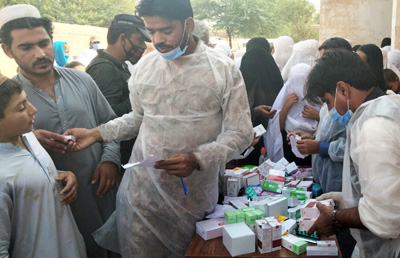 What can you do to help?

It is estimated that a third of Pakistan is underwater. 1,300 people have died, and around 33 million people are affected. Islamic Aid is already on the ground providing life-saving assistance. Please donate now to support our response.

There have been severe floods in the country that have affected 33 million people and resulted in the death of more than 1,300 people, including 400 children.

Since the monsoon season began in mid-June, Pakistan has experienced extreme rainfall, which has resulted in severe flooding affecting over 33 million people. Over 1,300 people have died as a result of the flooding.

Islamic Aid has been working in Pakistan since 2002 and has recently launched an emergency response to aid those affected. Read more about what is happening on the ground and what needs to be done to ease this growing humanitarian crisis.

What kind of destruction do these floods cause?

A third of Pakistan has been submerged under water due to flooding, according to Pakistan’s top climate minister Sherry Rehman. Damages are estimated at more than $10 billion.

It is estimated that 4 million acres of crops have been destroyed, and 800,000 livestock has died, resulting in severe food insecurity across the country.

Almost one million homes in Pakistan have been destroyed, displacing millions of families and forcing them into difficult living conditions. Displaced are often more likely to contract a disease and may not have access to critical health care or sanitation supplies. According to a rapid needs assessment conducted by Islamic Aid, 71 per cent of respondents did not have access to clean drinking water.

Additionally, flooding has devastated neighbouring Afghanistan, especially in the central and eastern provinces. Over 1,000 people died in a devastating earthquake in June, which impacted many areas impacted by this month’s flooding.

Who is most affected by flooding?

In the event of a humanitarian crisis, it is often the case that women and children are among the most vulnerable members of society.

More than 1 million Afghan refugees have found safety in Pakistan, and Islamic Aid is concerned about their safety. An estimated third of Afghan refugees living in Pakistan live in the Balochistan and Sindh provinces, where heavy rains have increased 784% and 500%, respectively.

Islamic Aid: how is it responding?

Islamic Aid is responding to the floods in Pakistan with immediate assistance, including food supplies, hygiene kits, and the opening of medical clinics.

As Anam Sahar says, “Over 33 million people need urgent assistance. Islamic Aid has reached almost 25,000 people with critical supplies, food, and medical care. We urgently urge donors to support us and help us save lives.”

How common is flooding in Pakistan?

It has been observed that Pakistan has experienced flooding in the past, but this year’s monsoon season has exceeded historical rainfall levels, and more heavy rain is expected to fall in the near future.

There is no doubt that global warming is making extreme weather more likely in Pakistan, just as it is in other parts of the world. Pakistan is among the nations that bear the brunt of global warming despite contributing little to global carbon emissions.

As a result of climate change, Pakistan has been experiencing increasingly harsh droughts, and flooding says Islamic Aid Pakistan’s project coordinator. “Despite producing less than 1% of the world’s carbon footprint, Pakistan is suffering the consequences of the world’s inaction.”

This website uses cookies to improve your experience while you navigate through the website. Out of these, the cookies that are categorized as necessary are stored on your browser as they are essential for the working of basic functionalities of the website. We also use third-party cookies that help us analyze and understand how you use this website. These cookies will be stored in your browser only with your consent. You also have the option to opt-out of these cookies. But opting out of some of these cookies may affect your browsing experience.
Necessary Always Enabled
Necessary cookies are absolutely essential for the website to function properly. These cookies ensure basic functionalities and security features of the website, anonymously.
Functional
Functional cookies help to perform certain functionalities like sharing the content of the website on social media platforms, collect feedbacks, and other third-party features.
Performance
Performance cookies are used to understand and analyze the key performance indexes of the website which helps in delivering a better user experience for the visitors.
Analytics
Analytical cookies are used to understand how visitors interact with the website. These cookies help provide information on metrics the number of visitors, bounce rate, traffic source, etc.
Advertisement
Advertisement cookies are used to provide visitors with relevant ads and marketing campaigns. These cookies track visitors across websites and collect information to provide customized ads.
Others
Other uncategorized cookies are those that are being analyzed and have not been classified into a category as yet.
SAVE & ACCEPT
Go to Top